The BCSA Steering Committee provides general governance for the organization, including setting policies and objectives. The committee is made up of volunteers from member organizations who bring a range of expertise to the BCSA, in support of our mission of ending the private ownership and exploitation of wild cats in the United States. 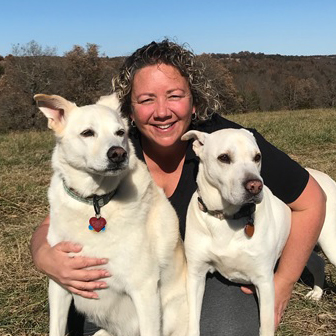 Emily McCormack attended the State University of New York at Oswego where she obtained her Bachelor of Science degree in Zoology.  Her initial internship at Turpentine Creek Wildlife Refuge in Eureka Springs, commenced in January of 1999.  Upon completing her six-month internship, Emily was hired on to become a permanent animal care staff member. In 2002, she became the Volunteer & Intern Coordinator.  Emily was also promoted to the position of Animal Curator in April of 2011. 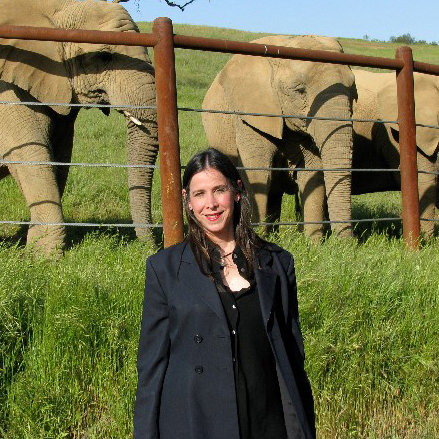 Catherine Doyle is the Director of Science, Research and Advocacy for the Performing Animal Welfare Society (PAWS), which operates three sanctuaries in California, including the 2,300-acre ARK 2000 natural habitat sanctuary for rescued or retired elephants, bears, and big cats.

She designs and carries out research focused on animal behavior and human-animal relationships. Catherine also leads PAWS’ advocacy efforts and has been successful in passing protective legislation such as the ban on elephant bullhooks in California. She organizes the biennial PAWS International Captive Wildlife Conference.

Catherine has a Master of Science degree in Anthrozoology. Published work includes chapters in The Ethics of Captivity (Oxford University Press, 2014) and The Handbook of Practical Animal Ethics (Palgrave Macmillan UK, 2018), and a paper on captive wildlife sanctuaries (Animal Studies Journal, 2017).

Catherine has been serving on the Steering committee for the Big Cat Sanctuary Alliance since its inception in 2017, and is currently serving as Vice Chair of the Steering Committee, Chair of the Advocacy Committee, and is also active in several additional committees. She is a member of the BEAR Alliance and the advisory board for The Whale Sanctuary Project. 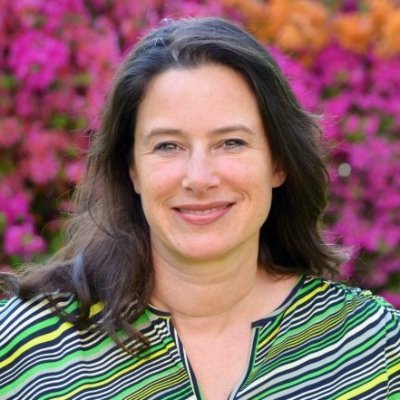 Meredith Whitney is the Wildlife Rescue Officer at the International Fund for Animal Welfare.  Meredith’s work at IFAW addresses a spectrum of welfare issues for wildlife affected by human actions and natural disasters; from improving outcomes for live animals confiscated in trade, to rehabilitation and release of injured and orphaned wildlife, to addressing sustainability of lifetime care facilities. She is a founding and active member of the Big Cat Sanctuary Alliance who has served as the Secretary of the BCSA Steering Committee in the past, and is currently serving her second year in the combined role of Secretary/Treasurer. 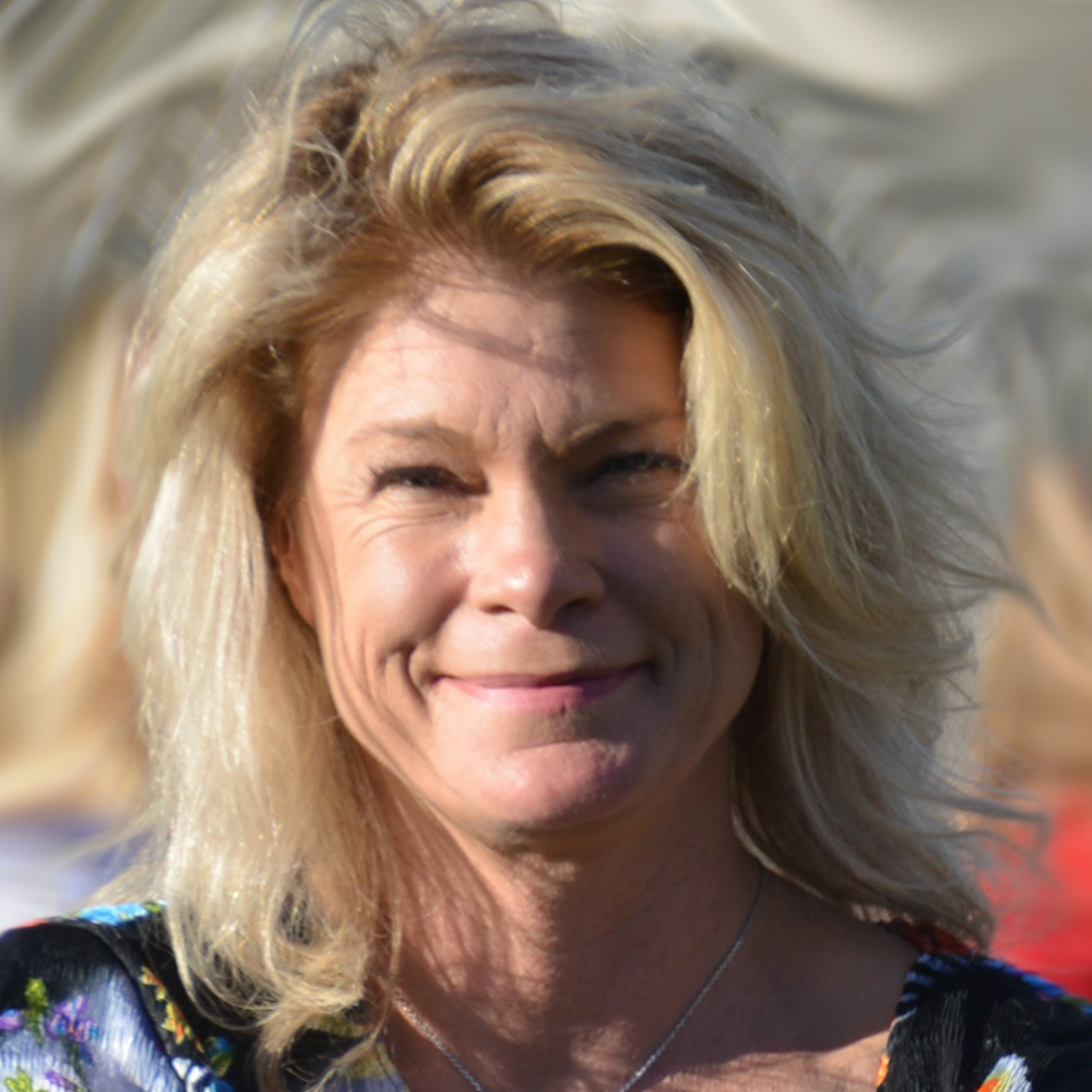 Bobbi Brink is the Founder and Director of Lions Tigers & Bears, a big cat and exotic animal sanctuary in Alpine, California. Bobbi has been working with and advocating for captive big cats, bears and other exotic animals since the early 90s, after witnessing firsthand the abuses and neglect inflicted on captive animals victimized by the exotic animal trade. Bobbi has made it her personal life’s mission to end the abuses that stem from this heinous industry, one animal at a time.

Bobbi has rescued hundreds of animals from captive abuse across the United States, providing them medical care and transport to new lifetime homes at reputable sanctuaries, including Lions Tigers & Bears. Bobbi is a prolific fundraiser and tireless advocate for abused and displaced animals, and she has testified before Congress, helping to advocate for legislation that would regulate the trade and private ownership of exotic animals.

Both she and Lions Tigers & Bears have won multiple awards and recognition for leadership and public service, including the Carol Noon Award for Sanctuary Excellence by the Global Federation of Animal Sanctuaries, and numerous accolades from the local Chambers of Commerce, the San Diego County Board of Supervisors and the California State Assembly. 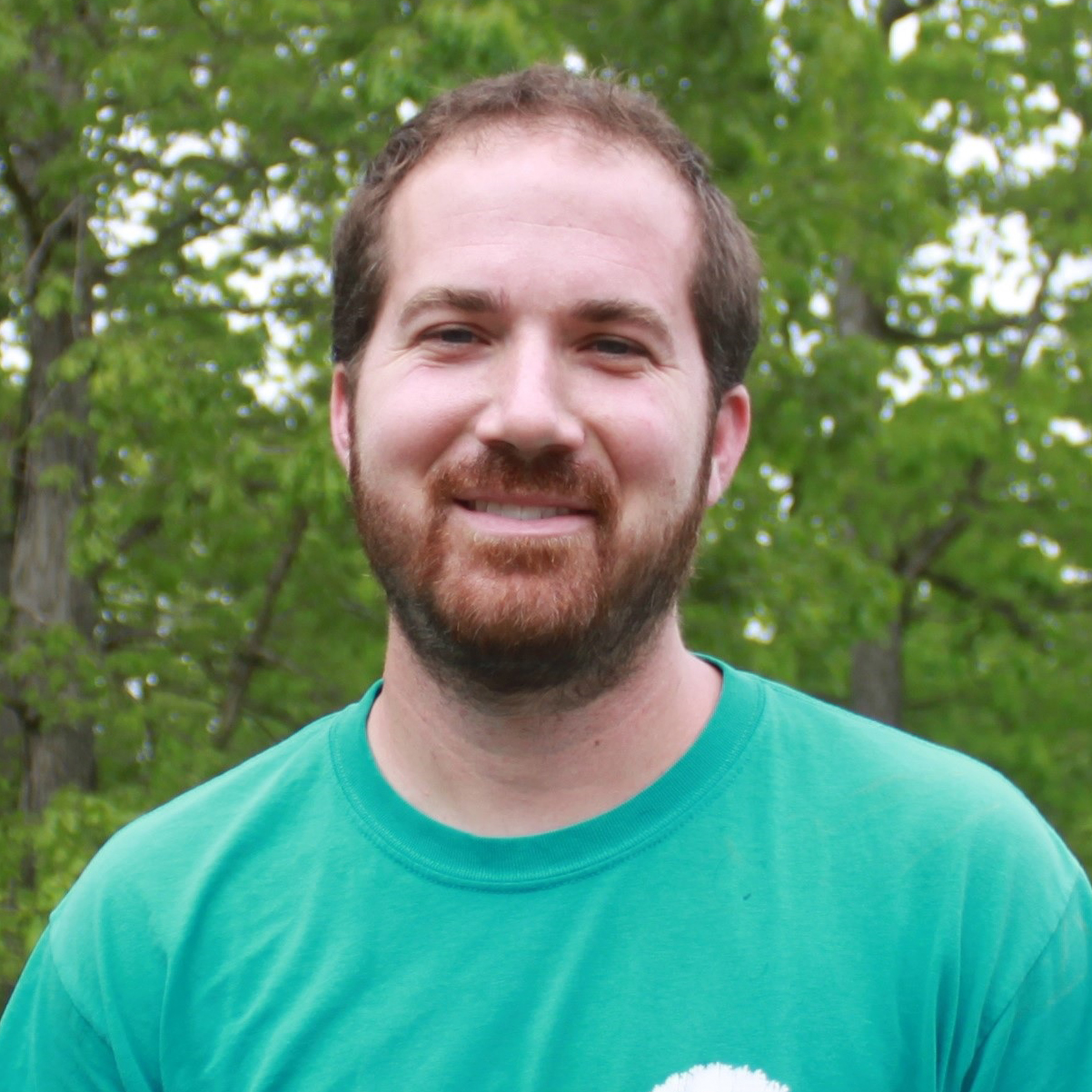 John has a Bachelor’s degree in Engineering Technology (University of Dayton). After working for five years as an Environmental Engineer for the USAF, John took a keeper position at CRTS. He has been with CRTS for seven years, being the Operations Manager for two. John has formally served as the Chair and Treasurer for the Big Cat Sanctuary Alliance (BCSA), the Chair of the Development/Finance Committee and Planning Committees, and is currently the Chair of the External Communications Committee. He is also an active member of the Planning Committee. 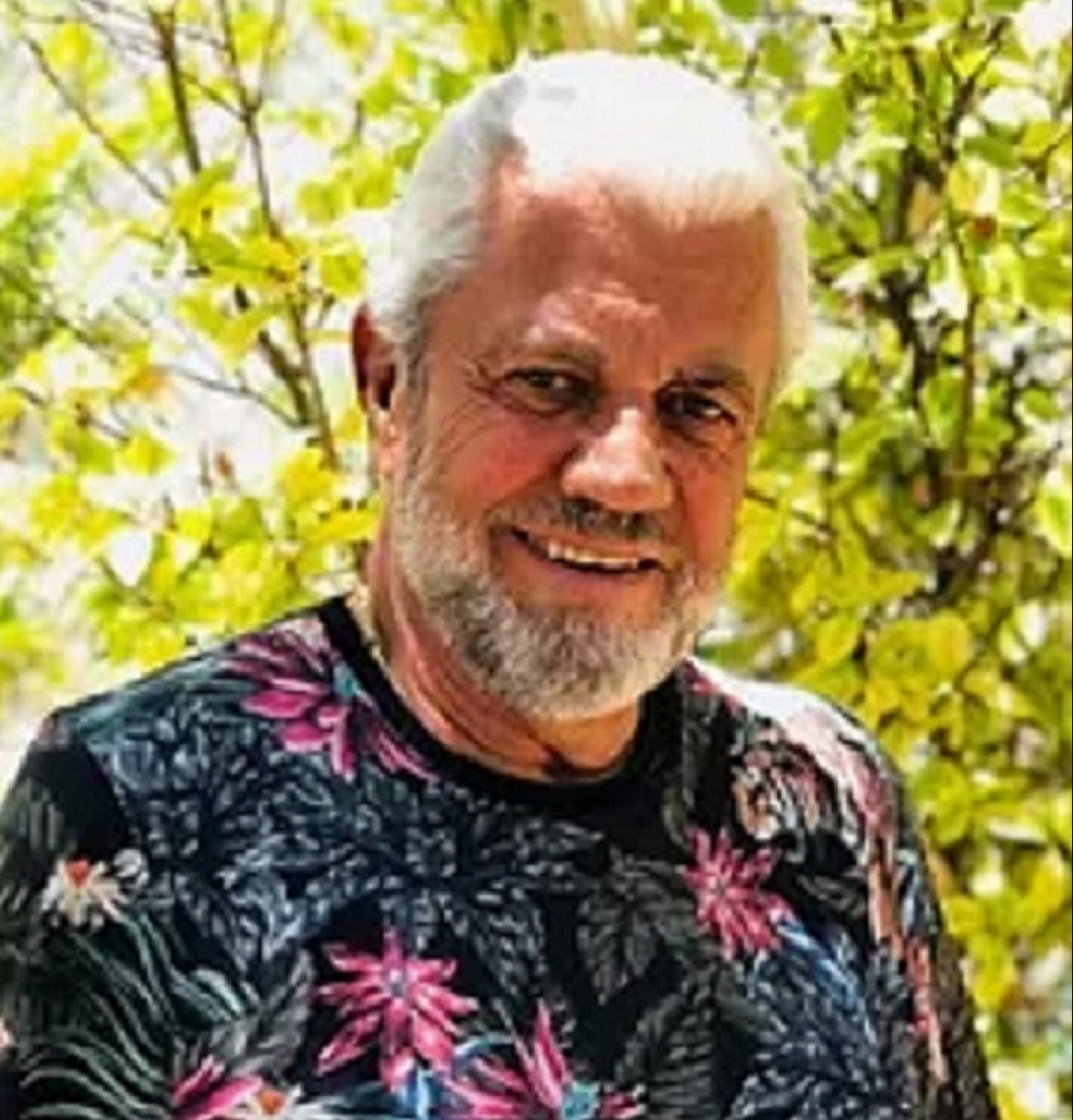 Jonathan Kraft, Founder, President, and Executive Director of Keepers of the Wild is an animal behaviorist. He established Keepers of the Wild as a 501(c)(3) nonprofit animal sanctuary in 1995 . The nature park and wildlife sanctuary is currently located on 175 acres in Valentine, Arizona on historic Route 66.

Jonathan has worked with local, state, national, and international law enforcement and animal welfare agencies to assist with rescues, rehabilitation, and providing a life-long home to wild and exotic animals.

Jonathan’s high standards of animal care have earned numerous commendations and awards from organizations including Nevada Wildlife Federation, the S.P.C.A, the Humane Society, and Arizona’s Attorney’s and Sheriff’s Associations.

Jonathan has starred in movies and has been featured in a number of local, national, and international educational film projects, documentaries, news broadcasts, articles, and magazines. Highly regarded for his expertise with animals, Jonathan has served as an expert witness in court proceedings against animal abusers, worked as an independent consultant to other sanctuaries, and is a highly sought-after presenter for special speaking engagements. 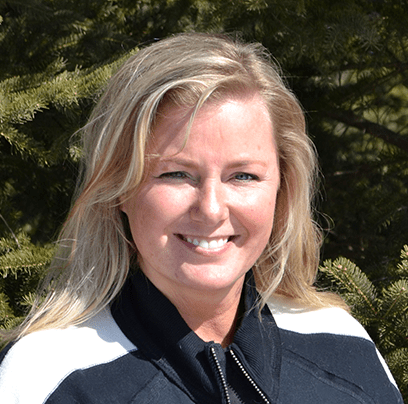 Tammy Thies is the founder of the Wildcat Sanctuary, a 501(c) (3) nonprofit that provides a safe home to felid species including, cougar, tiger, lynx and other wild cats in need of shelter.

Thies has a marketing and journalism degree from the University of St. Thomas.  After graduation, she developed and managed advertising campaigns for clients such as Coca-Cola, BMW, Holiday Inn and Timberland.

She is a native Minnesotan and during her advertising career became aware of the need for a sanctuary through her exposure to big cats during photo shoots. She learned that, throughout the United States, tens of thousands of these animals are privately owned as pets and used as performers or for-profit breeding. Too often, the cats outlive their usefulness and have nowhere to go.

Thies made a mid-life career change to become a voice for these animals.  She began The Wildcat Sanctuary on 10-acres in Isanti, MN. Now, years later, the Sanctuary houses over 100 residents on 40 acres in Sandstone, MN.  Animals are not bought, sold, bred or traded. Each resident is given every opportunity to behave naturally in a wonderful free-roaming environment and receive the best vet care at the on-site animal hospital.

The Wildcat Sanctuary provides educational outreach seminars to educate the public about the captive wildlife crisis across the United States, as well as supporting legislative efforts banning these practices. Thies was very instrumental in testifying on behalf of the Minnesota Exotic Animal Law that bans the ownership of dangerous exotic animals as pets.

Thies has appeared as an expert on the captive wildlife crisis across national media outlets such as the History Channel, Animal Planet and the CNN iReport. 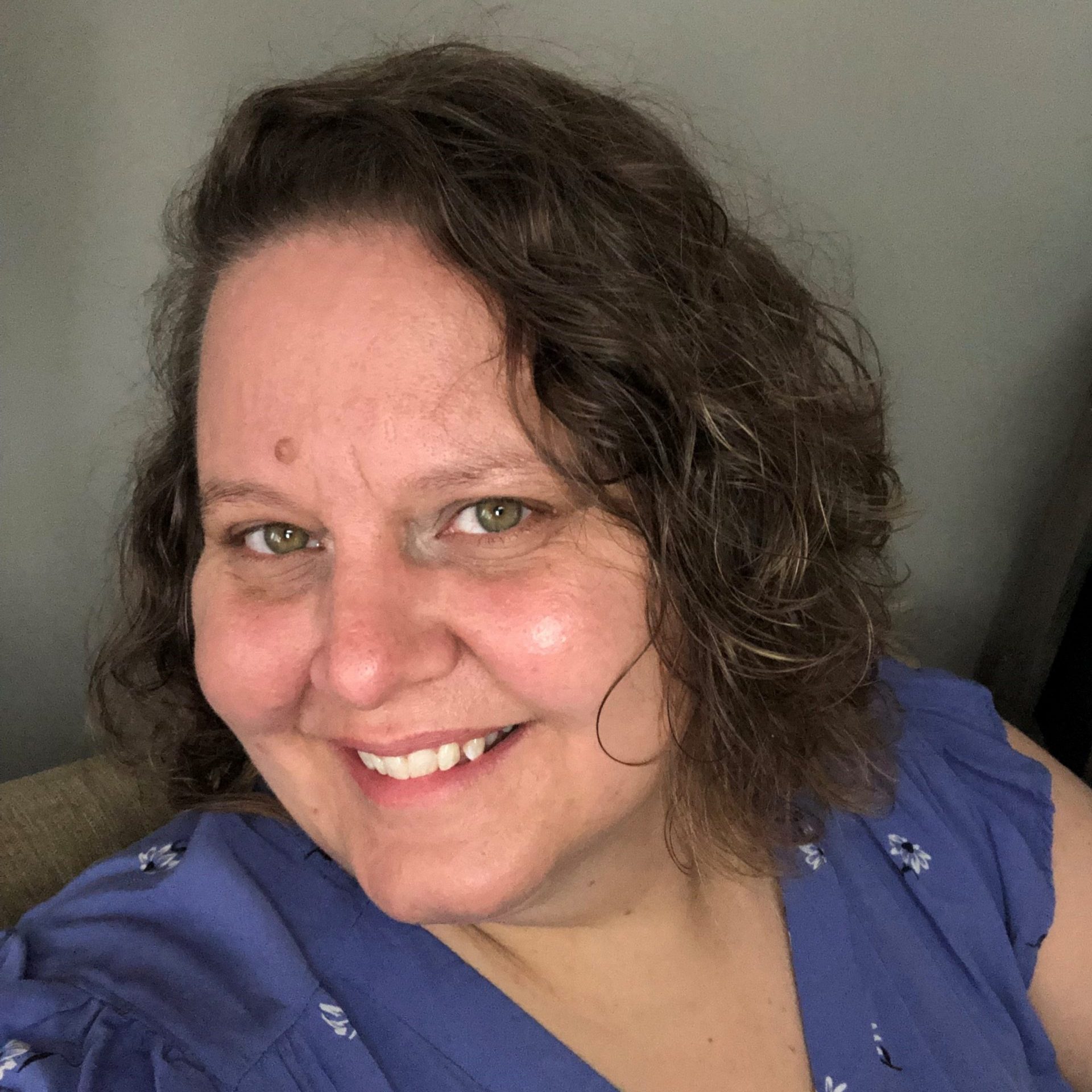 Kathryn Bertok studied Zoology at NC State University before starting her career at Carolina Tiger Rescue as an animal care intern and then being hired on as a full-time Animal Keeper.  After gaining years of experience in animal care, she was promoted to Senior Animal Keeper and then to Curator of Animals.  As Carolina Tiger Rescue grew, so did the demands of the job.  Eventually the Curator of Animals position was changed to Assistant Director.  She now supports the entire program staff, including animal care, site, volunteer management, and education.

After over 20 years at Carolina Tiger, Kathryn has been honored to watch Carolina Tiger Rescue grow into a thriving rescue that is a proud founding member of the Big Cat Sanctuary Alliance.  She loves not only helping improve her own sanctuary, but greatly enjoys working to support others. She firmly believes that everyone benefits from the success others. 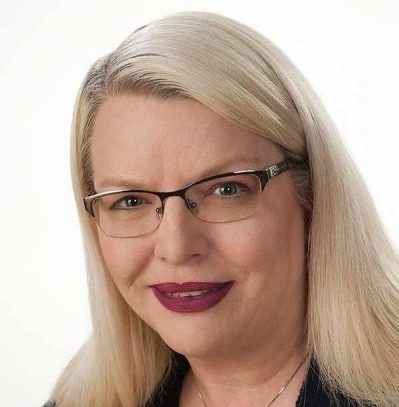 She has extensive experience in the nonprofit sector  business management and politics. Her past roles include Executive Director for the Animal Welfare League of Kosciusko County, President of the Boys & Girls Club, Director of Operations for Superior Landscape Products and Excavation and Councilwoman at large for her community.

Black Pine Animal Sanctuary was established in 2004 to provide life-long refuge to displaced, captive-raised exotic animals and to educate people about responsible animal care and conservation. 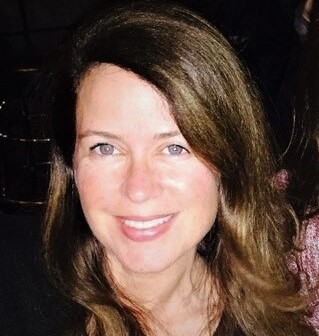 Kristin Leppert is a Program Director with the Global Federation of Animal Sanctuaries (GFAS), where she helps wildlife sanctuaries in North, Central, and South America earn accreditation. Prior to her work at GFAS, Kristin was campaign director for Save Endangered Animals Oregon, a statewide coalition that successfully banned endangered species trafficking. In Washington, D.C. she led the Fur-Free Campaign for The Humane Society of the United States, directing investigative research that led Tommy Hilfiger, Calvin Klein, and Kenneth Cole to adopt fur-free policies and supported the passage of the Truth in Fur Labeling Act. She has appeared in national media including The Today Show and Good Morning America. Kristin holds a degree in Political Science from Portland State University. Kristin previously served as former Steering Committee member, Allan Kornberg’s alternate on the Steering Committee. She also serves on the BCSA’s Advocacy Committee.